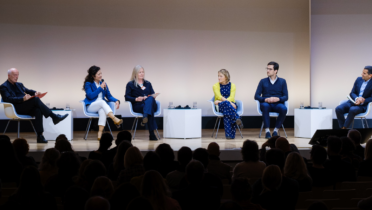 Building a sustainable Germany – now more than ever 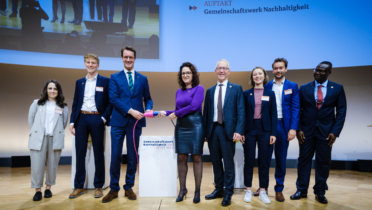 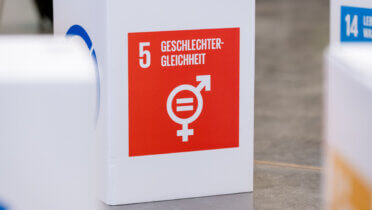 No sustainable development without feminism

Open letter: Paving the way for a sustainable future 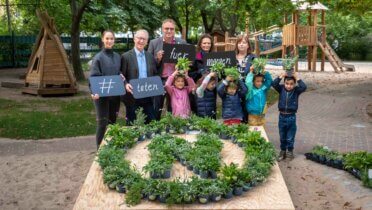 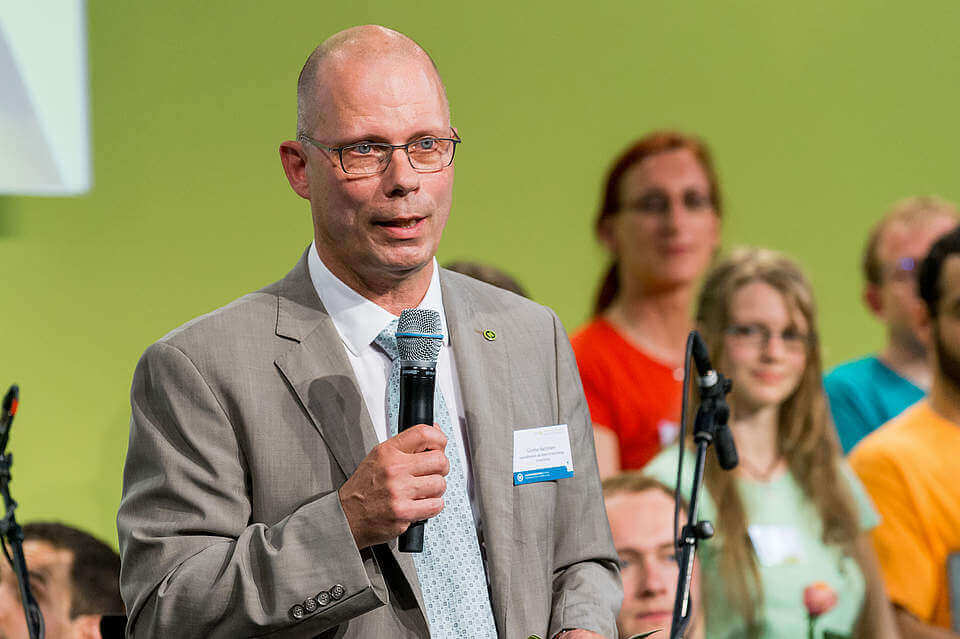 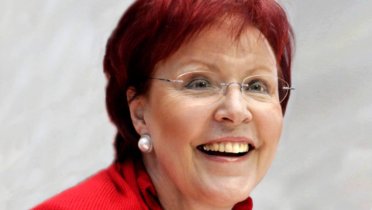 The challenge posed by climate change

As things stand, the greatest challenge facing the international community is limiting global warming and thus preventing the most dangerous impacts of climate change. Indeed, limiting global warming to well below 2°C or better yet 1.5°C, as set out in the Paris Agreement, represents a ground-breaking multilateral consensus towards tackling this challenge. After all, an increase beyond 2°C risks an uncontrollable rise in temperatures and irreversible damage, not least as permafrost thaws. According to the World Biodiversity Council, between 50 and 700 million people stand to lose their livelihoods should climate change continue unchecked. The consequences: displacement, armed conflict and migration, while animal and plant species alike face extinction – on a greater scale even than today.

Published in 2021/2022, the sixth report of the Intergovernmental Panel on Climate Change (IPCC) warns of the consequences of global warming, highlighting the widespread and rapid changes that have already taken place in the atmosphere, the ocean, the cryosphere and the biosphere. Precipitation and drought, for example, have worsened, while between 3.3 and 3.6 billion people already live in conditions that are highly vulnerable to the impact of climate change. Without drastic reductions in CO2 and other greenhouse gas emissions in the coming decades, global temperatures will rise by more than 1.5°C or even 2°C in the course of the 21st century.

As at August 2022, 193 of 197 signatory parties have ratified the Paris Agreement. The agreement requires each state to declare what it intends to do to protect the climate. These nationally determined contributions (NDCs) comprise a broad range of highly specific and differentiated measures. Nepal, for instance, intends to fight deforestation, while Chile has pledged to expand the use of solar and wind power. Every five years, the signatories to the Paris Agreement must submit ambitious new targets to the United Nations. This is an essential step, as even if the current NDCs are met – which in itself seems questionable – they will still fall far short of the two-degree target as things currently stand.

The Paris Agreement also commits signatories to help developing countries combat and adapt to climate change. The industrialised nations have pledged to provide public and private funding worth at least 100 billion US dollars to this end every year from 2020 onwards. Furthermore, the financial markets are to be overhauled to ensure their alignment with climate targets.

The European Green Deal (EGD) has provided initial impetus. In essence, it aims to secure a climate-neutral, resource-efficient and competitive economy in Europe, making it both a growth strategy and a safeguard against the existential threat of climate change. As such, it aims to reduce emissions across all relevant economic sectors, combining these attempts with measures to secure biodiversity, decent employment, social balance and the sustainable orientation of financial markets. The agreement on a European climate law has seen EU member states decide to achieve climate neutrality by 2050 and increase the climate target for 2030 by at least 55%.

The “Fit-for-55” package aims to translate the targets set out in the Green Deal into legally binding acts. This includes, for instance, revising the EU Emissions Trading Scheme and establishing a separate emissions trading scheme for road transport and buildings, as well as the use of a social climate fund (SCF).

In light of the EU-wide emissions reduction target, German climate change legislation has seen a comprehensive overhaul. The Climate Protection Act 2021 raised the German emission reduction target for 2030 to 65% and for 2040 to 88%. Germany also intends to be climate-neutral by 2045 and to successively and drastically drive down carbon emission levels for individual sectors, including energy, industry, transport and the buildings sector. In addition, natural carbon sinks like forests and moors are to be bolstered. The coming years will see a wide range of measures aimed at implementing climate neutrality across all sectors debated at both German and European level, for example through EU Emissions Trading Scheme reform.

The role of the Council for Sustainable Development

The Council for Sustainable Development stands behind the German government in its ambition to tighten climate change targets and decarbonise the economy as a whole. In 2020, the RNE laid out specific recommendations for the use of hydrogen in sustainable decarbonisation. In particular, it calls for a more consistent, more rapid and more international promotion and establishment of hydrogen than has previously been the case.

Together with the German National Academy of Sciences Leopoldina, the RNE has also developed a position paper setting out potential action to achieve climate neutrality. Beyond transforming the energy system, the paper’s authors recommend a cross-sectoral and ambitious CO2 price and proactive investments in industry, mobility, buildings and land use as well as greater international cooperation on the basis of strategic thematic climate alliances. There is also a need to promote civic engagement with climate neutrality and garner acceptance for the changes to come with the wider sustainable transformation. It is essential for the interests of intergenerational justice that a substantial proportion of the German government’s climate targets are achieved this decade to avoid overburdening today’s young people and future generations with the task of reducing emissions. 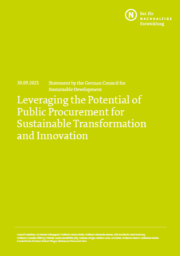 Leveraging the Potential of Public Procurement for Sustainable Transformation and Innovation

Statement by the German Council for Sustinable Development; Berlin, 30 September 2021 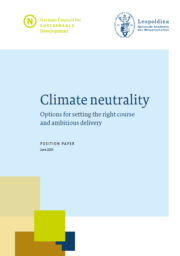 Recommendation of the Council for Sustainable Development; Berlin, 15 October 2020

Recommendation of the German Council for Sustainable Development concerning the EU’s Multiannual Financial Framework and the European coronavirus recovery fu...

sustainable_AND_digital: Sustainable development as the framework for digital transformation

Recommendations of the German Council for Sustainable Development to the German Government, Berlin December 2018